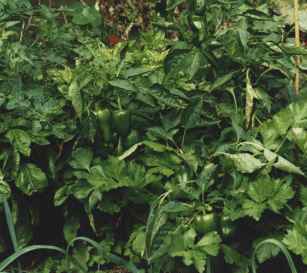 After a season of low light and heat, we found our capsicum plants had not flowered or fruited over the four months of their growth. In February of 2000 I sprayed the capsicums with the BDMax Flowering Spray. Immediately the plants flowered and set around half a dozen fruit. A second spray was applied two weeks later. The capsicum blew out to full size in record time. A problem we had had for the previous two seasons, were the capsicums rotten on the inside of their curve, was not present at all. We picked these full size capsicums and resprayed the plants. They immediately set another half dozen fruit which began growing well. The second spray was not applied and the fruit stopped growing at about half size.